The Outsider – a comedy by Paul Slade Smith is the first show of CCT’s 36th Season. There are seven chances to catch this silly play of political proportions over three weekends. Show dates are November 6-7, 13-14 & 20-21, 2020, Fridays and Saturdays at 8 PM, with one Sunday matinee on November 15th at 4 PM.

The story goes like this: Ned Newley doesn’t want to be governor. He’s terrified of public speaking; his poll numbers are impressively bad. To his ever-supportive Chief of Staff, Ned seems destined to fail. But political consultant Arthur Vance sees things differently: Ned might be the worst candidate to ever run for office. Unless the public is looking for…the worst candidate to ever run for office. A timely and hilarious comedy that skewers politics and celebrates democracy.

“The beauty of…Smith’s comedy is that it is never mean-spirited. Though the idea of an intellectually incompetent man being elected to public office does bring to mind specific individuals, this is a play about the gullibility of the public to seek simple solutions to complex problems”. –Bob Goepfert, The Saratogian

Masks are required for entry into CCT. As permitted by the posted guidelines, CCT’s seating capacity has been reduced. Please cooperate in our continued attempts to stay safe and healthy by washing your hands and practice social distancing.

Tickets are $20 for adults, with discounts for seniors, students and CCT members, and may be purchased (for cash only) at the CCT box office prior to each show, which opens 45 minutes before curtain. This play is not recommended for children under age 13.

Events are posted as a courtesy to our users as submitted by local artists, venues and event organizers. We are not responsible for changes to dates or times. Please confirm details with event organizer or venue. 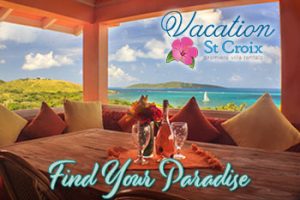 Are you a venue, musician, entertainer or event organizer? Submit your listing!